Without double checking all my stats I am pretty sure this was my longest day on trail so far both in miles and hours hiked. It was in no way planned.

Today I started hiking a bit earlier than usual at 0530 because I wanted to swing by Olallie Lake and give myself a bit of time to stay there.

One big advantage of the early start is that I just managed to catch the beautiful red sunrise. It was barely visible from my camp but I managed to make it to more open terrain to catch the end of it.

The trail stayed rather high for a rather long time in the beginning of the day. As the trail started to descend I surprisingly caught up with Pathfinder. We ended up hiking most of the day together and our paces seems very similar. We split up some miles past Olallie Lake. But we both plan to get the breakfast buffet at Timberline Lodge on Sunday so we will probably meet up then.

The trail today had a lot more snow than I expected but other than that was pretty easy.

Olallie Lake has a small store that I visited to get some cold drinks and a bit of resupply. It is right next to the trail which makes it very convenient. I stayed there with Pathfinder for 30 minutes. 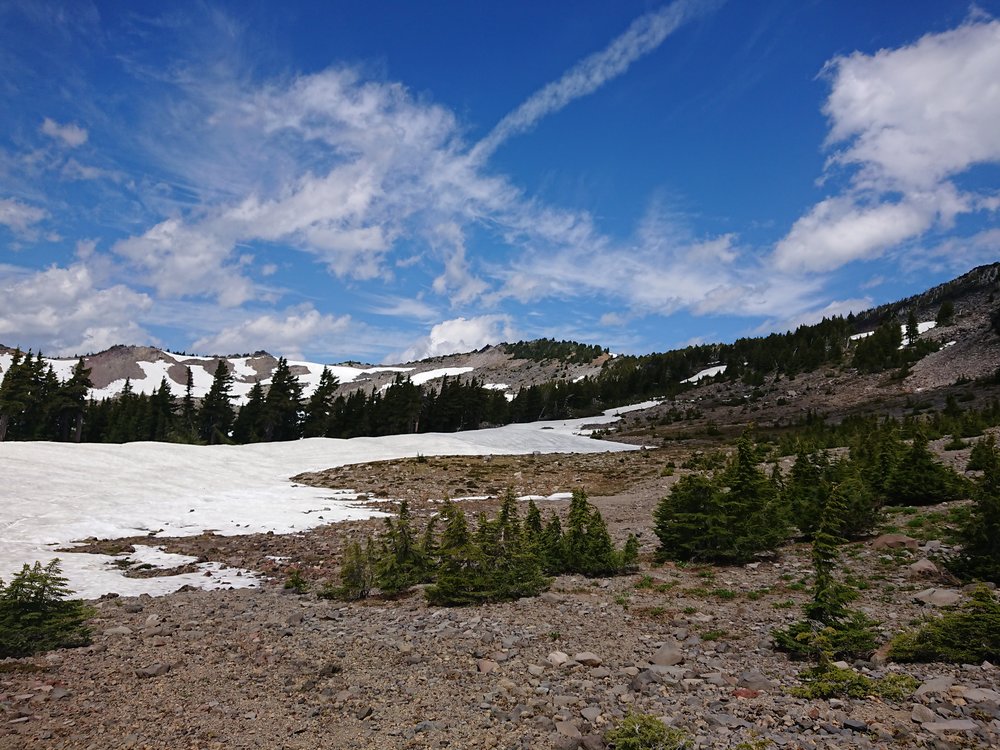 I had planned to camp at Trooper Spring which I reached at 1930. Unfortunately there was no more room and I was forced to hike on. The next campsites on my maps was in 3 miles and mostly uphill.

I tried to find suitable campsites before those but had no luck so I ended with my longest day by stopping at 2050. Not what I had planned and not something I particularly wanted to do. One good thing is that there was a lot less mosquitos at my campsite.